Art to create a chocolate

Where begins chocolate and when its production turns into into art? Someone will say that with cocoa beans, someone would refer to the divine drink of the Aztecs "Chocolatl", many people will recall their childhood and candies, which have been and remain the most favorite dainty of kids all over the world irrespective of races, countries, and cultures of the people. Our answer is the chocolate is starting with the Dream, pass into the Goal and becomes a Matter, in which we dedicate Soul and experience. We are pleased that you are interested in our story, which seems an adventure of trailblazer. We will tell you about the chocolate factory "Millennium", how we starts and all about we were dreaming, and what we get reached now. We will tell you as an example of art work (production of factory) and finally, we have created a new history of the cult of chocolate in Ukraine! 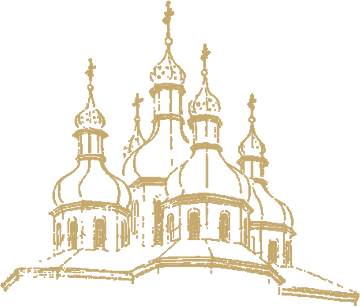 Introduction with the chocolate factory

So, let us introduce ourselves, "Millennium" is a factory, where chocolate becomes art. We have created famous chocolate "Millennium", "Lubimov", "Oskar le Grand", candies "Millenium Riviera", "Fruits in chocolate".

Our factory is the only one who received a license right to release and produce sweets for children under the trademark "Disney" in Ukraine. We put our heart into chocolate that it is felt even at the taste level, not to mention the quality.

Therefore our factory has become a supplier of products manufactured specifically for the Kiev-Pechersk Lavra (with taking into account the requirements for fasting and holidays).

We inspire and are inspired by the art of chocolate and want you to feel it, buying every stick of chocolate or a candy box. Our masterpieces are wonderfully suited for lovely memories of the most delicious moments of your life.

As we mentioned before, all start with the dream and love  to chocolate, that unites us. We wanted to create a chocolate in which you have fallen in love from the first time, starting from the flavor of stick you feel every cell of your body the taste of childhood, the taste of natural product without synthetics and substitutes. There was no production in Ukraine (we mean a confectionery products), which was built from the beginning in 1999. Everyone kept working on old equipment, some manufacturers partially reconstructed it, but no one wanted to invest the money and buy a new one. We decided to be  the first, and we did not make a mistake. We started with modern manufacturing line, which was able to provide us with a quality product, which had to conquer you and makes a fans of our chocolate brands. We started changing chocolate industry to art and we could not afford outdated resources, because we always have to stay one step ahead.  Consumer confidence was at stake and we were the first manufacturer in Ukraine, which built innovative, high-tech chocolate factory in Dnipropetrovsk, which able to satisfy the demand of both Ukrainian and foreign  lovers of chocolate. We invited a professional team, developed new recipes, unique products and announced itself to the world by releasing the first porous chocolate "Millennium" in the country's and chocolate with whole nuts.

We are sure, that you repeatedly try it.

We wanted to create a work of art, and we have created it. In 2001 the chocolate factory "Millennium" releases new products, which is like a jewel adds our assortment, it is a chocolate with whole hazelnut, which called "Millennium Gold". It’s not only to taste like the magic, but it is packaged differently. We decided that hiding of jewels is wrong, conversely, we need to proud and demonstrate it as a great artistic merit. That’s why our designers have developed a new packaging with a transparent «small window» through it you can see stick of chocolate. 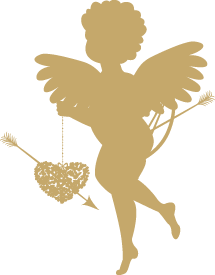 We have already said that we are all united by love for chocolate. Love is a wonderful feeling, which capable create, submit and give an incredible sensation of flying. We are happy when we in love. It is this incomparable feeling we tried to embody in taste, when creating candies "Lubimov". A few years later we had to build another manufacturing line, because the candies sold out very quickly and there were not enough. The idea was a success!

2006. The Oscar for the connoisseur of chocolate

Our children is our legacy, and we have to bring up a love of good chocolate, so that when they grow up, the taste of childhood remained traditionally sweet and pleasant.

Severe requirements for product standards - is not the only criterion that determines the possibility of obtaining a license from the "Disney". The full audit of the production was made, including the social audit. The members of "Disney" wanted to make sure that all the people in the factory have the same opportunities, decent working conditions, that the production is no racial discrimination and child labor is not used. We passed the test, and in our assortment of chocolate factory "Millennium" appeared candies, created especially for children and the relevant international norms of healthy baby food (these standards regulate caloric content, quality, safety and composition of the products). There is always something interesting complete with sweets from "Disney": interactive jobs or educational games.

2009. Dignified chase for work of art

If you want to be the first, you need to constantly grow and develop. Packaging as important to maintain the quality of chocolate as the product itself. So we started thinking about how to make it more beautiful and attractive. We built up productive capacity at the "Millennium" factory, were looking for new ways, learning, improving. After 2009, we established the production, which is used only in Switzerland, Japan, and thanks to us in Ukraine (Dnipropetrovsk). The manufacturing line "Freshpack" packaged candies without air allow for longer keep them fresh. Using this technology was created "Millennium Riviera", which candies with three whole nuts - hazelnuts, cashews and almond nut gathered in one package, and "Lubimov", which packed in package in the form of a basket with an open top. 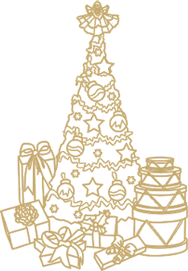 2011. Brut and traditions of Europe

In 2011, appeared extra dark chocolate "Millennium Brut" in a supermarkets. Those, who really love in chocolate, could not resist to the bitter, rich, crystal-clear taste, so even without harm to the figures.

But the main premiere took place in 2011 with traditional in Europe (and the first in Ukraine) chocolate New Year calendar, released by the "Millennium" factory. The sweetness of every day you will remember for a long time.

2012. There is no limit for perfection

What have we come? More accurate to say: what we are continuing? Because we are not going to stop. Is it possible to stop people who understand that their dream become a reality? Chocolate factory "Millennium" is the one of the biggest manufacturers of chocolate and candies in Ukraine now. Every year, we confirm our competitiveness in largest Europe's exhibition of confectionery ISM (Cologne, Germany). The factory's products are popular not only in Ukraine and Russia. Among the admirers of our chocolate are Australia, the Philippines, The United States of America, The United Arab Emirates, countries of European Community.

Art out of time

Did we make the manufacturing of chocolate in art? We think so. And the confirmation of it is you, the most essential that we have, devotedly in love with the taste of real chocolate. Together, we know the real pleasure as great art always remains out of time!