They say, that chocolate should be eaten in three stages. The first one – with the eyes (our designers made everything for our chocolate to be in your hands). The second one - also with the eyes: you free the chocolate bar from its bright and shinning clothes and contemplate the smooth and glitter (on the aerated chocolate a little bit mat) surface, which emits harsh odour (bitter chocolate) or gently-creamy odour (milk and white chocolate). And finally, the third stage – when you finally taste the chocolate and enjoy the palette of  tastes… Now lets talk about how such splendid chocolate extravaganza is achieved.

Our chocolate originates from far Africa, from its central part, where exotic for us cocoa trees grow. They are very fastidious and feel good in the places with the warm and humid tropical climat at a temperature of 27-30°С, air humidity of 90-100% and with annual depth of precipitation 1700-3000 mm. Productivity of the cocoa trees isn`t big. Despite that every tree is embraved with  thousands of the blossoms all the year, only 20-40 fruits ripen directly on the body of the tree or on the thick branches. 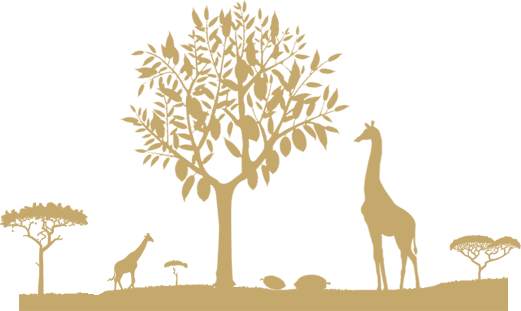 The fruits are oval and look like big cucumber. They are yellow or red-cinnamonic. Inside, in the pink sweetish pulp there are 25-40 seeds which are arranged in five lines, their color can be changed from white or pink to deep red.

Raw beans have bitter and astringent taste which is given them by the tanning substances contained in them in great numbers. To intensify the taste of cocoa and to soft its astringency, beans are underwent fermentation. Beans, which are prepared in such a way, go to the high technology factories of the well known West European companies, where the next stages take place: clearing, frying, grinder and abrasion. In such a way we get the main product from the cacao beans - cocoa paste. But it is not enough for production of the chocolate. We need also cocoa butter.

It is made by pressing out the cocoa paste on the special press machines, and the rest oil cake-raw material is used to prepare the cocoa paste. Chemical composition of the cocoa butter is very complicated, which determines  the fastidious character of the chocolate, prepared from it.

Preparation of the chocolate mass

And now let's talk about the preparation of the chocolate mass. At first, masters of chocolate art make up the compound composition of the future chocolate masses on the sheets of paper in order to reproduce the symphony of the taste without a hitch in the workshop on the modern equipment, and it will be called "true chocolate".

Then a consecutive dosing of the components is performed on a signal of computer in correspondence with the formulation, thereafter the portion of the mixture is taken to the special equipment of new generation, where the mixture is granulated to 20-25 microns, which corresponds to the characteristics of the fondant chocolate. Then long and power-intensive process of conching takes place, it is the chocolate mass improvement. Conching provides the optimal aroma preservation in the final product, and also gives good homogeneity of the mixture, which is very important for the visual appearance of the chocolate.

Before the chocolate mass takes the chocolate bar shape, it exposed the very important and, perhaps , the most complicated process of tempering, the aim of which is to control the  production of the necessary quantity and quality of the crystal seeds of the cocoa butter, which provides the solidity of the chocolate, glossy surface and stability of the shine for the long period of time.

Now, we can mix the received mass with the hazelnuts, raisins, sesame seeds, almonds. What do you prefer most? And in order to prepare the favorite delicacy for the admirers of the aerated chocolate,  the chocolate mass is saturated under the pressure on the special machine with carbon dioxide, which "grows" with the bubbles while pouring the chocolate mass  into the forms. The forms are fixed in the big multilevel refrigerator at precisely controlled  temperatures in its different zones.

The chocolate bars, which freed from the forms of refrigerator taken out and transfer to the packing place with the help of the transporter system. Here the speed wrapping machines "dress up" chocolate bars in the clothes of the bright foil or tempting transparency. Now the chocolate will be waiting for its moment of glory  – a meeting with you.

In order to retained magnificent qualities of chocolate, it is kept under the conditions of special microclimate, which is produced by the industrial air conditioners.

Having bought a bar of chocolate, enjoy the taste without any restrictions, fear and doubt! Improve your mood the most dignified way.